Mezlocillin Sodium for Inection, an organic compound with the chemical formula C21H24N5NaO8S2, is a semi-synthetic penicillin antibiotic.Mezlocillin sodium was discovered in 1968 when Bayer Company of Federal Republic of Germany studied α-aminophthalation derivatives of amoxicillin. It was first listed in the Federal Republic of Germany in 1977. In 1981, FDA officially approved the drug to be listed in the United States. Since 1980s, it has been listed in the United States, Japan, Italy, the Netherlands, Switzerland and other countries. As the third generation semi-synthetic penicillin,

this medicine has been widely used in the market.

It can be used to treat infections of respiratory system, urinary system, digestive system, gynecology and reproductive organs caused by sensitive strains of Gram-negative bacilli such as Escherichia coli, Enterobacter and Proteus, such as sepsis, suppurative meningitis, peritonitis, osteomyelitis, skin and soft tissue infections and eye, ear, nose and throat infections.

It is white or white-like powder or crystalline or loose block.

It is a compound preparation of mezlocillin sodium and sulbactam sodium for injection mezlocillin sodium and sulbactam sodium in a ratio of 4∶1. Methicillin mainly interferes with the synthesis of mucin in bacterial cell wall, so that it can't cross-link and cause cell wall defects. It can not only inhibit the synthesis of cell wall, but also promote the decomposition of cell wall, which leads to the death of bacteria. This process occurs during the reproductive period of bacterial cells. Bacteria have cell walls, while mammalian cells have no cell walls. Therefore, its bactericidal action is mainly aimed at cells in mitosis, and it has no effect on intracellular bacteria, latent bacteria and microorganisms without cell walls, so it has no toxic effect on human body.

As a generic drug supplier in China, Feiyue Pharmaceutical can provide finished drugs such as Mezlocillin Sodium for Inection

Children, according to the weight of 0.1 ~ 0.2g /kg (1/10-2/10 cigarettes/kg) a day, the number of severely infected people can increase to 0.3g/kg(3/10 cigarettes/kg); Intramuscular injection 2 ~ 4 times a day, intravenous drip every 6 ~ 8 hours as needed, and its dosage depends on the condition. In severe cases, intravenous injection can be performed every 4 ~ 6 hours.

Adverse reactions mainly include loss of appetite, nausea, vomiting, diarrhea, local pain of intramuscular injection and rash, and most of them occur in the course of drug administration. Most of them are mild and do not affect the continued use of drugs. In severe cases, the above symptoms are quickly reduced or disappeared after drug withdrawal. In a few cases, serum aminotransferase, alkaline phosphatase and eosinophil transient increase can occur. Neutropenia and hypokalemia are extremely rare. No serious reactions such as renal function change and blood electrolyte disturbance were found. The main impacts are:

1. Hematological influence: A few patients can cause leukopenia, thrombocytopenia and eosinophilia after taking medicine.

2. Influence of cardiovascular system: Thrombophlebitis may occasionally occur in a few patients when intravenous administration.

3. Influence of mezlocillin on central nervous system: It is reported that the potential toxicity of mezlocillin on central nervous system is convulsion and excessive neuromuscular stress. These toxic reactions are particularly likely to occur in elderly patients with decreased renal function. Occasionally, there are reports of seizures caused by medication.

4. Effects of endocrine/metabolic system: Hypokalemia is occasionally reported when mezlocillin is used, especially in cancer patients.

5. Influence of gastrointestinal tract: After treatment with mezlocillin, a few patients may have digestive tract symptoms such as anorexia and diarrhea.

6. Influence of kidney/genitourinary system: It has been reported that patients occasionally have interstitial nephritis during mezlocillin treatment.

7. Influence of liver: It has been reported that patients may have abnormal liver function during mezlocillin treatment. Serum transaminase (aspartate transaminase and alanine transaminase) increased.

8. Skin effects: It has been reported that during mezlocillin treatment, a few patients may have various skin reactions, such as generalized rash, fever, urticaria, itching, etc.

Those allergic to penicillin antibiotics are prohibited.

1. Penicillin skin test must be done before medication, and the positive ones are forbidden.

3. Use it with caution in the following situations

Use it with caution in patients with abnormal coagulation function.

Use with caution in patients allergic to cephalosporins or other allergens.

Use it with caution in patients with severe liver and kidney dysfunction.

People with a history of allergic diseases such as asthma, eczema, hay fever and urticaria.

4. When mezlocillin is used, the urine glucose test (Clinitest method) can give false positive results. During mezlocillin treatment, the results of urine protein test can be positive. A few patients can have leukopenia, thrombocytopenia and eosinophilia after taking medicine. Decreased blood potassium; Serum transaminase (aspartate transaminase and alanine transaminase) increased.

5, long-term medication should be routine detection of liver and kidney function and hemogram; Blood potassium concentration should be monitored when taking large doses of drugs for a long time. 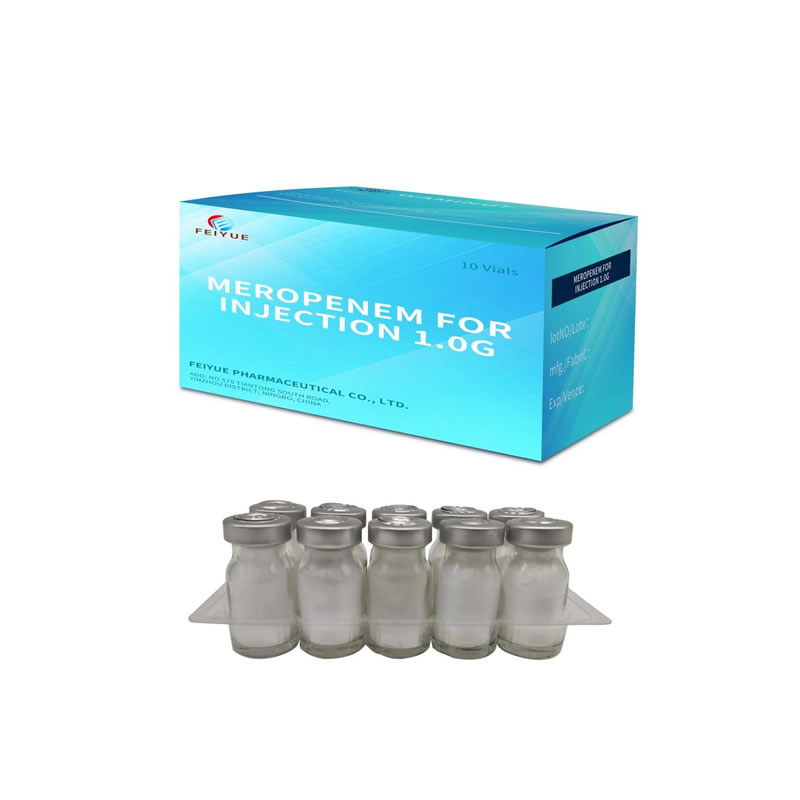 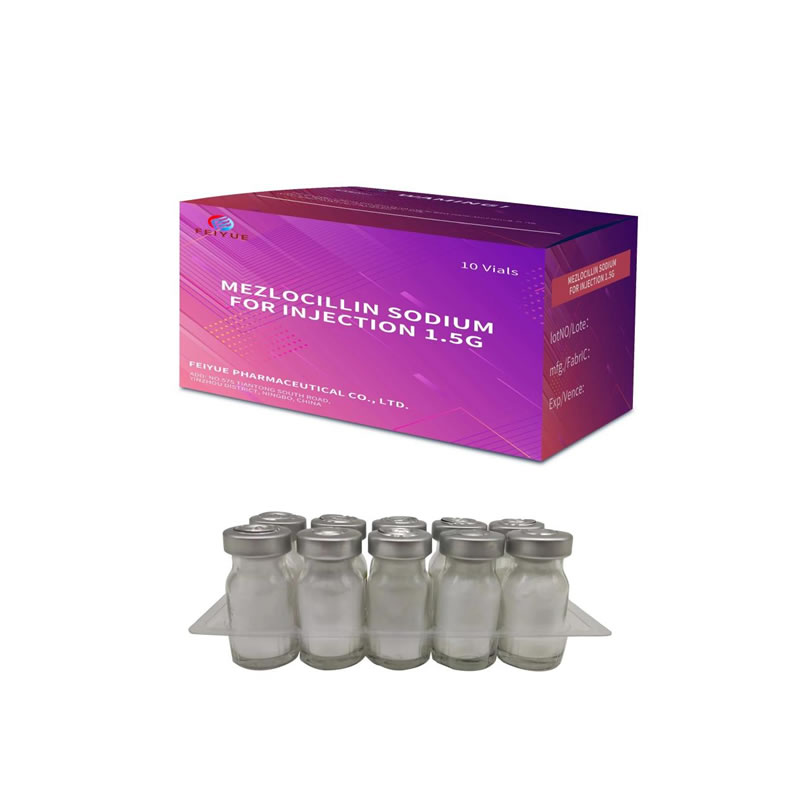